Yep, yet again I have started a personal blog. Welcome! This is iteration like 50 of this, and each one typically has a note about seeing how long it’ll last so just pretend I wrote that in this space. I do at least intend on using this as a test bed to fiddle with new features and such (as it’s all Canvas and Laravel) and it’d be nice to have a slightly more built up version of the underlying software for reasons.

Anyway, after a handful of pretty major life events and changes that have happened over the past year or so, I’ve decided it would be a good idea to write stuff every now and again. Twitter by and large - especially with the expanded character limit - takes care of 90+% of that for me, but it’d also be nice to do some longer form type pieces that would not necessarily work in the Twitter format. I’ve got a few ideas for things that’ll end up here. I’d like to do a number of long-form music posts covering a few different topics. One of those topics would be ruminating on found/new music (because not all of it that I stumble across is necessarily new); I had an idea a few years back about doing a Project 365-type thing that would be focused on important or interesting songs and artists, and I’m working on at least watching every full KEXP live set that they post over the next year or so, whether or not I recognize or like the band in question. I’ve also been trying in fits and starts to get back into playing music again, so that’ll be fun to write about occasionally. And, I’ve been thinking on expanding what I already know from a history perspective and the interconnectedness of genres, bands, and culture. (You can more or less get from reggae in Britian in the 50s and 60s to the Foo Fighters without a whole lot of hand wavy nonsense, for example!)

On the non-music front, there will definitely be stuff about computers (especially old systems as I’ve discovered a bunch of old stuff in my inventory) and programming. I’ve got a Pentium 133 project box that’d be fun to rebuild and document, and an Apple IIc that needs some love along side the more modern systems I’ve pushed into the modern age. There will also surely be a few more personal posts, but nothing too deep necessarily. (This is ultimately an exercise in making the brain bits shut up sometimes but some of that stuff doesn’t necessarily belong on the interneds.)

In conclusion, welcome to the new thingy, it at least looks sorta nice this time around. I will now leave you with this ridiculous cat photo, just to make sure that bit of this install works. 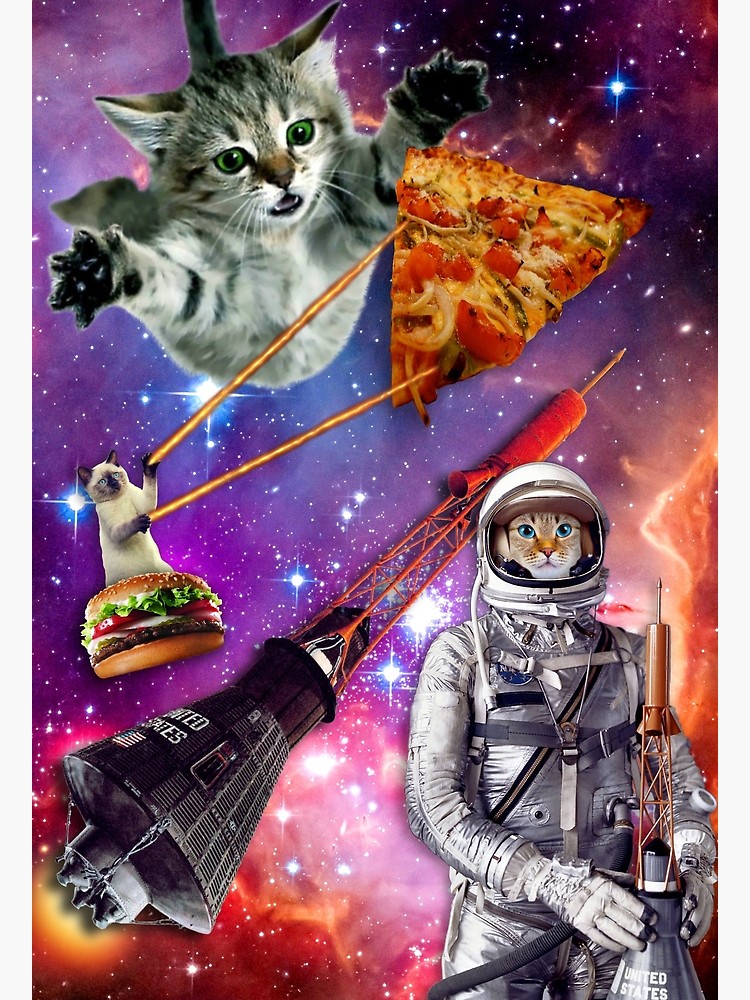 We put a cat in space with pizza for meaning or some shit!